YOU ARE HERE: Home » IT Support » Outsourced IT Department » The Hidden Costs of IT Downtime for Your Business

The Hidden Costs of IT Downtime for Your Business

If you are not one of the many businesses already using managed IT support services, you might be running the risk of losing profit and productivity through the hidden costs of IT downtime. UK businesses are losing £12.3 billion per year through downtime incidents, according to research by Imperial College mathematicians. If your business relies solely on an in-house team – or simply calls for ad hoc IT support in the event of a problem – you could be exposing yourself to greater downtime costs than necessary. Understanding what causes downtime, what it costs and how to prevent it can make a big difference to your company returns, and have a lasting impact on the happiness of workers and customers alike.

Just what is IT downtime – and why is it important?

A common error made by business owners is to assume that IT downtime simply means a full system outage – such as a power cut or a broken down server. However, there are subtle ways that your internet services can cut your overall profits and productivity. For example, slow web pages and online tools that won’t load can reduce the effectiveness of your service in the long term. If poor web performance is putting off customers or slowing down your workers, it is you who will take a profit and reputation hit. 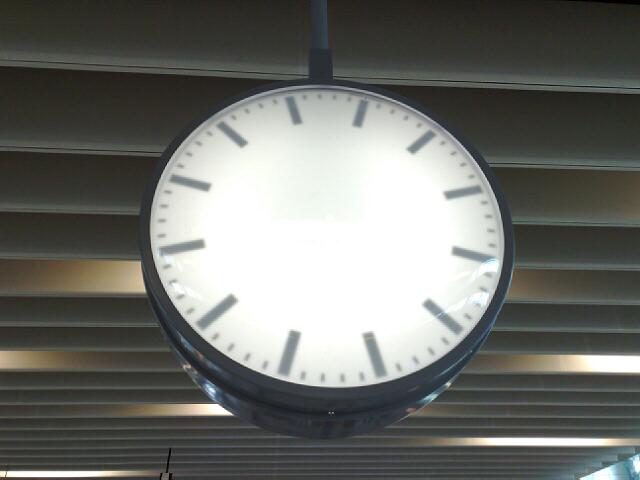 Downtime can also include periods where your server is overloaded from high traffic or times when your IT team is tied up with support tickets and unable to do their regular work. It can affect workers who have to compensate for colleagues’ IT problems with extra work, and it can leave potential customers put off for life. Major international brands like Sony and Amazon took a serious blow to their reputation when they experienced downtime and data breaches recently; a smaller company without the fame of those trading giants might struggle to ever recover from the same thing.

What causes IT downtime?

There are lots of reasons an IT system can shut down or stop working. One of the most common reasons is overloading. This can happen when too many people try to use a service at once, especially if that service is operating at a lower bandwidth. It is also a problem that occurs when you step up your web functions without preparing the network, draining overall function and leaving web pages and tools running slowly.

Downtime could also be the result of a physical event, such as a damaged server or electrical outage. Fires and floods are rare but possible causes of server trouble, and vandalism or accidental damage can also be the culprit. Malicious attacks are important to consider. Cybercrime is on the rise and hackers can create serious problems on business networks. From overloading your network to stealing sensitive data, cyber threats should always be taken seriously as they have the potential to cause major long-term damage to your company.

Understanding the true cost of IT downtime

Sounding scary so far? We’re just getting started. Let’s take a look at the financial factors involved in business downtime. Firstly, you have the initial cost of repairs and problem resolution. IT issues can be very complicated, requiring testing and diagnostics by experts before a fix can be attempted. If you called out a repair team, you might be hit with a high emergency charge along with the cost of labour and parts. Depending on the number of machines affected, repair costs can run extremely high.

Of course, an in-house team can avoid these costs, right? After all, they are already on the payroll and can simply swap tasks for a while. Once they get the fault fixed, everything can start up again. However, this is a risky strategy. When downtime strikes and services slow or stop, your team will quickly become tied up with service tickets and support requests. If they can get free to work on the problem, you could be looking at some serious overtime hours in order to get back online. Even then, you could still be hit with a need to replace equipment or buy in diagnostic software. Worse still, they might not be able to find the fault – at which point you will need to call a specialist out anyway.

Productivity – the biggest cost when IT downtime strikes

Direct costs like repairs are one thing, but when you start to add up productivity costs you see that downtime is a very serious matter indeed. Businesses like yours have moved many services online and workers now rely on those systems to carry out everything from customer account management to taking payments and arranging deliveries. As soon as there is a problem with the internet, work grinds to a halt. This can go on indefinitely – until you resolve the issue. In the meantime, sales also slow or stop entirely so you are not only losing money but becoming unable to make more.

A US study in 2013 determined that downtime cost the average business $7,900 (£6,000) every single minute. With a typical partial server outage reaching around 55 minutes, that’s a serious hit to profits you could be looking at. You have probably encountered downtime at some point yourself – up to 90% of companies worldwide report at least one incidence of server failure or cyber attack in the past two years. Even if it has never happened to you, it is highly likely to occur sometime in the future. Now that you know how serious the dangers can be, what can you do to change things and protect your company moving forward?

How a virtual IT team can prevent downtime and its costs

With so many different factors contributing to it, downtime can never be avoided completely. However, you can take steps to reduce 99% of occurrences. Turn to virtual IT support such as that offered by Evolvit and see the difference it can make to your networks and web functions. Through remote server monitoring and management, your IT infrastructure can be constantly checked around the clock. Potential problems can be identified before they have time to develop into serious issues. Managed services include a full backup and disaster recovery plan as standard, providing a fast and reliable failover process in the event of a critical fault. Your managed IT provider will quickly switch to a different server and apply the full backup – so your staff and clients never notice a thing and there is no loss of service at all.

This cuts those two major costs associated with IT failures: productivity losses and repair costs. You will not need to pay out for a replacement server, and you are not stuck with the repair bill either. Meanwhile, without those productivity losses your sales will have continued throughout, your staff will have been busy and business will have continued as usual. Avoiding downtime makes financial sense, and it keeps customers happy too. You can take a simple step now to avoid stress and expense in the future – and to get that peace of mind you need when it comes to the security of your business.

Keeping costs down further with managed IT support

Where emergency IT repair teams make their money from regular call-outs and would prefer you only find a temporary fix, it is in the best interests of managed IT support to deliver 100% uptime wherever possible. Companies like ours have a reputation built on reliability and consistency, and your business could really benefit from this. It is impossible to budget for the unknown; you can’t know what a period of downtime will actually cost you until it happens. With a managed IT infrastructure you can plan ahead and budget to cover the monthly subscription or usage fees.

For smaller businesses, it makes sense to outsource your IT support service rather than maintain an in-house team. IT salaries are competitive and a decent department can set a small company back quite a lot each month. Managed IT support can be arranged on a per-PC pay as you go service or through a monthly subscription, allowing you to be more flexible. Step up and reduce IT costs as appropriate while maintaining a baseline monitoring service that wards off downtime incidents and handles support ticket queries.

Outsourcing your IT support does not need to mean replacing your IT team. Larger companies often avoid outsourced IT because they already have an in-house team. However, utilising both resources could actually cut your overall IT costs and leave you better off at the end of the year. Imagine if your IT team were free to concentrate on development and upgrade tasks, instead of constantly battling help desk queries and solving minor IT problems. Their expertise could be put to better use bringing your company forward and boosting your capabilities. Similarly, you do not want to tie up your IT professionals with time-consuming network monitoring and server health checks. Leave this to the experts at Evolvit instead.